Technion Israel
Technion australia
Our People
Advisory Board
Our Donors

Technion – Israel Institute of Technology is among the world’s leading universities dedicated to science, engineering and technology.
Based in Israel (Haifa), it is home to four Nobel Prize Laureates, as well as many of Israel’s and humanity’s greatest inventions.

Other notable contributions to Israel and humanity include:

Find out more about Technion Israel

We aim to establish a lasting relationship between the Australian community and the Technion. We support the Technion in its mission to be at the forefront of the global network of science and technology, to be Israel’s top facility for science and technology (a role that is necessary for the future of Israel and to all humanity) and to be a centre of innovation, entrepreneurship and  excellence in technical education producing leaders with strong professional ethics and sensitive to social and environmental issues. 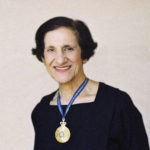 To meet our strategic objectives some of the activities we undertake are:

BECOMING A MEMBER OF TECHNION AUSTRALIA ENABLES US TO CONTINUE TO…

He is an Adviser to (previously a Director of) companies, some publicly listed, based in Australia, Israel and the United Kingdom involved with Data Analytics, Healthcare, Security Technology and Resources, besides acting from time to time as a Project Adviser to international investment banks, focusing on risk issues.

He has served as a Director of listed public companies (ASX, SGX and Bursa Malaysia), covering Agribusiness, FMCG, Uranium Mining, Medical Devices, Conservation and Financial Services and on University Committees and Government Councils in Australia and overseas.

He graduated in law, with honours, from the National University of Singapore (NUS). He was awarded the Aw Boon Haw and Aw Boon Par Memorial Prize for First Place in the Postgraduate Law Course. Whilst practising Law as a Partner of Shook Lin & Bok, a major law firm in Singapore, he taught Commercial Law part-time at NUS. He subsequently obtained a Master of Laws degree from the University of Sydney majoring in International Tax and Public Company Finance.

He was recruited by Allen Allen & Hemsley (now Allens Linklaters), where he worked in Sydney as a Senior Associate and as a Guest Lecturer in International Business Transactions for the Master of Laws programme at the University of Sydney, before joining Baker & McKenzie where he was elected an International Partner with responsibility for the development of the firm’s business in the ASEAN region. He concurrently headed the Corporate & Commercial Groups of its Australian offices and chaired its Business Development Committee.

Raj then joined Turnbull & Partners (now Goldman Sachs Australia) as an Executive Director before working for Temasek Holdings (a Sovereign Wealth Fund) in Singapore as a Board Director and President of the Financial Solutions Group of its Stockbroking unit, Vickers Ballas (now DBS Vickers) and Chair of the Risk Management Committee.

Zofia (Zosia) Orgel was born on 4th January, 1925 in Lwow, Poland. Her father, Yehiel Orgel, was an accountant, an intelligent man who was very strict and her mother, Leah (maiden name Durr), was kind and loving, Sophie was an only child.

Sophie’s parents were taken by the Nazis when she was 15 or 16, and she never saw them again. Although the family was Jewish, Sophie attended a Catholic school. She was at school at the time her parents were taken and this fact saved her life.

After her parents were taken, Sophie went to live with a Catholic family, changing her name from Zofia to the Catholic, Sophie, to avoid capture. She said she was very lucky to avoid being caught, on two occasions in particular, and put this down to the fact that she felt she didn’t look particularly Jewish and she spoke fluent Polish. She smuggled a photo of her mother out of Poland by stitching it into the lining of her handbag. This photo was very important to her, the only one she had, and she treasured it.

In 1945 Sophie met her first husband, Henrich (Henry) Dankowitz, whilst they were both in the Polish Army. Soon after the war they moved to Israel.

They divorced amicably in 1957, and Sophie moved to Melbourne when friends suggested she meet a Polish Jewish man, named Simon who lived in Australia.

He was a solicitor and, as Sophie said, “quite well­off.” After a few months Simon proposed to Sophie, and although she thought he was a very nice man, she didn’t love him and turned him down.

Soon afterwards she met Mike (Mieczyslav) through friends, and after a few months he proposed. Sophie was overjoyed to accept. They married in 1960 in the Melbourne Registry Office. Sophie worked in a clothing factory in Richmond and then worked in an office as a clerical assistant until she retired.
Sophie and Mike were unable to have children, and in later years Sophie often said how much she regretted not having adopted children.

When Mike became ill, Sophie spent all her time at the hospital, sleeping on a bed beside him and returning home each day to feed their cat. When Mike passed away Sophie was naturally devastated and very lonely.

All their lives Sophie and Mike had cats. The last, Rudolph (Rudy is Polish for ‘red’) passed away in 2013. When Rudolph went missing, Sophie walked the streets and lanes, sometimes at 3 am, looking for him. After 3 weeks she found him sitting on the front doorstep one morning, very thin but OK. What a reunion! He was never allowed outside after that. Sophie was a great advocate for the RSPCA and the Guide Dogs, and supported them on a regular basis.

Sophie and Mike enjoyed classical music, opera and live theatre. Sophie continued her subscription to the Melbourne Theatre Company after Mike’s death, and for a number of years attended the U3A in Prahran to do a Musical Appreciation course.

Sophie and Mike spent their annual holidays in Victoria. They didn’t like to travel interstate and Sophie only once travelled overseas.

Sophie was fiercely independent and hated to impose on anyone. She never learned to drive, and after Mike died she would walk to the station with her trolley, then travel to Glen Waverley by train to do her shopping. Each Friday she attended Stonnington Council’s Chris Gahan Centre where she participated in a Tai Chi class and then had lunch.

In April 2016 Sophie fell in the driveway of her home and broke her hip. It was a complex break, and she was in hospital and rehabilitation for two months before moving to Mecwacare Malvern.

Sophie was content with her life at Mecwacare, although she missed the comfort of her home in East Malvern. Her long-time neighbours, Margaret and Mark Nelson, continued to support Sophie by visiting her and staying in touch with her lawyer, Andrew Romer, whose late parents were good friends with her and Mike.

Sophie’s medical condition steadily deteriorated, and the last few months of her life was especially difficult, despite receiving great care and compassion from the staff at Mecwacare and from her medical carers.

Sophie passed away peacefully on a Monday afternoon, with her friend Marcie by her bedside.

Sophie will be remembered as a warm, caring and cultured lady, who made for herself and Mike a comfortable and fulfilling home in their adopted country.

Sophie and Mike left a generous gift to the Technion – their support will enable Technion Australia to continue supporting Technion’s acomplished scientists and researchers – ensuring the future leaders and entrepreneurs of Israel can continue to flourish.

May they rest in peace.