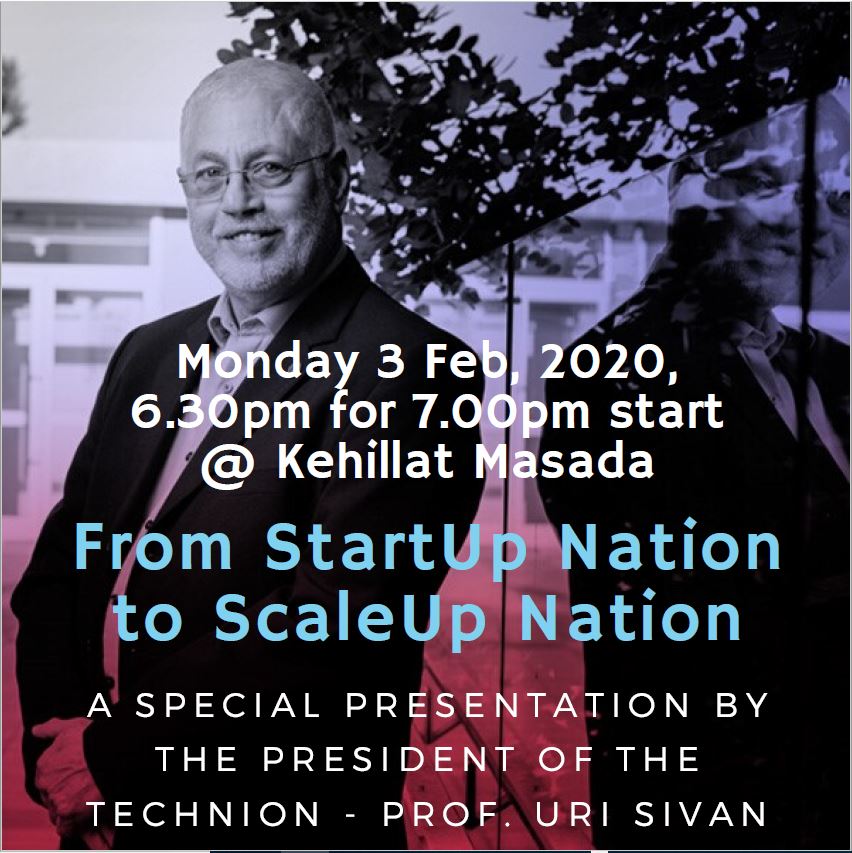 Technion is often regarded as the backbone of Israel’s claim to fame as the Startup Nation. We are thrilled to welcome to Australia Technion’s newly appointed President, Prof. Uri Sivan. Uri will share Israel’s and the university’s vision in maintaining its leading position as an entrepreneurial powerhouse.

Register now as this event is guaranteed to sell out.

Prof. Sivan is a former IDF combat pilot, considered among Israel’s highest authority in physics, particularly in nanotechnology and quantum related disciplines. Among many of his claims to fame, is the design and build of a unique, ultra-high-resolution atomic force microscope, as well as the creation of the nano-bible – the world’s smallest bible (smaller than a pinhead) which the late President Shimon Peres presented to Pope Benedict XVI during a visit to Israel.

Prof. Sivan stepped into the position of President on 1 October, 2019. Being the President of Israel’s most prestigious university positions him among the nations most distinguished public figures. Click here to view a special welcome message from him which was recently released + click here for his full bio.