The most energetic gamma-ray burst recorded so far was observed last month and confirmed the predictions of researchers at the Technion.

On October 9, the most energetic gamma-ray burst (GRB) ever measured was observed. The burst, which occurred 2.4 billion light-years from Earth, was documented as GRB 221009A.

In an amazing coincidence, an article predicting the maximum energy of GRBs written by researchers at the Faculty of Physics at the Technion- Israel Institute of Technology was accepted for publication in The Astrophysical Journal Letters, which many say is the most important journal in astrophysics. Entitled “The Maximum Isotropic Equivalent Energy Of Gamma Ray Bursts,” the article predicted not only the strength of the eruption but also its other characteristics. It was written by Professors Arnon Dar and Shlomo Dado. The professors recently uploaded their findings to “Internet Archive,” a repository whose stated mission is universal access to all knowledge.

A gamma ray burst is a cosmic event during which a huge amount of gamma rays and X-rays is emitted within seconds in a single pulse or in several adjacent pulses. Some 25 years ago, Dar and his colleagues, Professor Ari Laor and Nir Shaviv published an article suggesting the possibility that gamma-ray bursts may be responsible for some of the past major extinctions of life on Earth.

Gamma bursts were first discovered in 1967, when the USA sent satellites to detect possible Soviet nuclear tests in space. Such tests were prohibited by an international agreement, but the Americans suspected that the USSR was conducting them in space on the assumption that it would be impossible to detect them from Earth due to the atmospheric absorption of x and gamma rays. Six years later, in 1973, only after it became clear that they were not caused by humans, their existence was published.

In the first two decades after the discoveries of gamma-ray bursts, most of the scientific community believed these events were taking place in the Milky Way, which is “our” galaxy. Only in 1991 did the U.S. National Aeronautics and Space Administration (NASA) obtain observational evidence that these events occur mainly in other, very-distant galaxies. 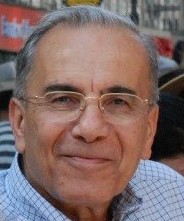 In 1994, Prof. Dar, together with Prof. Nir Shaviv (his doctoral student at the time), published a new model explaining the phenomenon – a narrow jet of balls of matter emitted at the birth of neutron stars or black holes. These balls move at a speed – close to that of the speed of light. This model became the basis of the “cannonball model” that was later developed by Profs. Dar and Dado with their colleague Prof. Alvaro De Rujula from the CERN in Geneva, Switzerland. According to this model, the balls of matter scatter the light and matter in their path, thus creating a narrow beam of high-energy photons, electrons and atomic nuclei. When the photons in the beam reach Earth, they are observed by ground and space telescopes.

In their current article, Profs. Dar and Dado link the phenomenon of gamma-ray bursts to cosmic rays, which were discovered at the beginning of the last century and remain a mystery that has not been solved to this day. This should not be confused with the cosmic background radiation that originated in the Big Bang. The researchers explain that the magnetic fields in space scatter the electrons and atomic nuclei in the beam without them losing their energy. These particles become part of the so called cosmic rays which fill space.

Profs. Dado and Dar show that these two phenomena – cosmic rays and gamma-ray bursts – are probably born together in the birth of a neutron star or a black hole. Under this assumption, they estimated the maximum energy of GRBs, only slightly more than that of GRB 221009A.

The GRB221009A burst as recorded about an hour after the first one was documented by the SWIFT telescope. Credit: NASA/Swift/A. Beardmore (University of Leicester)

On average, gamma-ray bursts are observed once a day, but bursts of the magnitude of GRB 221009A are estimated to reach Earth only once every 500 years. The burst observed on October 9 this year was measured by NASA’s Fermi Space Telescope and by an array of gamma-ray detectors that were installed in space. Its location was determined the next day using the giant VLT telescope at the Paranal Observatory in Chile.

Filed under: NewsTagged with: Physics