For the first time, the Minister of Science and Technology and representatives of the United Arab Emirates participated in the final event of the BizTEC Entrepreneurship Program at the Technion.  Since the program’s founding in 2004, its graduates have raised more than $750 million.

Dr. Gilad Rosenblatt and Dr. Boris Simkhovich with the system they developed

Dr. Gilad Rosenblatt and Dr. Boris Simkhovich, who completed their degrees at the Technion, are the first-place winners of the BizTEC 2020 program.  The decision was announced at the recent final event, which was held online. The two developed LightCode – an innovative technology that accelerates drug discovery by identifying the potential of small molecules to be used in new drugs.

The BizTEC Entrepreneurship program currently operates as part of t-hub – the Technion’s Entrepreneurship and Innovation Center, which is headed by Professor Ezri Tarazi. The program fosters novice entrepreneur who are seeking to develop deep technologies that require interdisciplinary collaboration and in-depth knowledge infrastructure and provides participating teams close professional guidance of mentors from academia and industry. In the 16 years of the program’s existence, its graduates have raised more than $750 million and founded many successful companies, including Houseparty, Breezometer, Via Surgica, Gusto, Augmedics, VocalisHealth, and Windward. 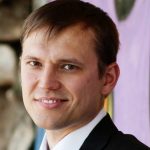 This year, despite the coronavirus crisis, the program saw a record number of participants: 110 students and graduates began the program, some 80% of whom were from the Technion. Approximately 30 passed to the semifinals – most of them graduate students at the Technion. The proportion of women in the program increased to 28% and the organizers believe that this trend will continue in the coming years.

“The Coronavirus crisis has brought scientific research and technology back to the forefront and to the public discourse,” said Technion President Prof. Uri Sivan, who opened the event. “Crises of the kind we are experiencing now bring with them not only difficulties but also new opportunities and directions. They challenge paradigms and take us all out of our comfort zone; this is the time for creativity and innovation. They say the need is the mother of all invention. The coronavirus crisis has led to dozens of groundbreaking studies at the Technion, some of which have even matured within a few months into technological commercialization and the establishment of new start-up companies.”

Minister of Science and Technology Izhar Shay was a guest at the event. A graduate of the Viterbi Faculty of Electrical Engineering at the Technion, he is an entrepreneur and investor who developed the entrepreneur’s platform “Startup Stadium” and is included in the list of 70 exemplary people in Israeli high-tech. “I was one of the first investors in BizTEC and it is exciting to see the continuity of the program and the successes of its graduates,” the minister said. On the agreement with the United Arab Emirates, Shay said that his office promotes cooperation with the Emirates and with Bahrain and that he hopes this will lead to the integration of forces between entrepreneurs from Israel and these two countries. 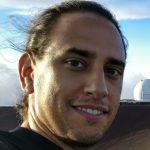 The event was also attended by representatives from the UAE, including Shrikant Tucker from the Emirati Innovation Authority. Investor Hasan Sleem, an Oxford and Cambridge graduate, congratulated those present and said, “I do not need an introduction regarding the Technion. Twelve years ago, I met an Israeli entrepreneur in London who founded one of the companies I run today. He is a graduate of the Technion – his father taught physics at the Technion and also his partner is a graduate of the Technion – so I know the Technion well. BizTEC is one of the best technology programs in Israel, and it was founded in 2004 – the year I founded Privity, a venture capital consulting firm. So that we are the same age.”

Hassan presented his life with six flags: Pakistan, where his parents were born; Fiji, where he was born; Nigeria, where he grew up; Britain, where he studied at Oxford and Cambridge; Japan – the first country to offer him a job; and the United Arab Emirates, where he works today. He said: “Now, following recent developments in the region, it seems that two parallel lines have met and led to the signing of the agreement between Israel and the United Arab Emirates on September 15, 2020. I hope new possibilities for cooperation between us and other entrepreneurs will emerge from t-hub, the Technion’s Entrepreneurship Center.”

The BizTEC program is currently run by Ohad Yaniv, who also hosted the event. “The BizTEC program is an elite unit in the field of entrepreneurship programs in the world in general and in the Israeli ecosystem in particular,” he said. It is very rare that there are so many successes coming out of a program designed for projects at very early stages (sometimes entrepreneurs only arrive with an idea only without a presentation). The reasons for this lie in the strong back that the Technion knows to provide entrepreneurs in the program, in the vast experience gained in working with early-stage projects (the program is one of the oldest in the world in the field) and in creating a challenging track that only the most determined entrepreneurs complete. This is a very significant validation for investors who want to know where to put their money. I would like to thank the mentors, judges, lecturers, friends, and partners of the firm Pearl Cohen, Poalim-Tech, the Rothschild Foundation, and especially Yehuda and Dita Bronicki for their backing, contribution, time, and guidance of the competition over the years.”

Along with the winning development, LightCode, the developments of the following groups were presented at the event: A-chord (second place) – early detection of an outbreak in schizophrenia patients; Harmony (third place) – wearable monitoring device that monitors hormone levels in blood of women undergoing IVF treatment; FootVices – technology for walking rehabilitation; SoundFlow – monitoring significant changes in blood flow in blood vessels; A-Lectio – an open knowledge library that connects members of the scientific community on a digital platform, allowing them to create and consume knowledge and manage it; EasyLine – a new catheterization technology that significantly reduces the failure rates in such surgeries; Experium – a wearable system that reduces the exposure of medical staff to airborne viruses and bacteria; and WatchAfter – technology for the automatic detection of child abuse in kindergartens and preschools.

The science behind the winner 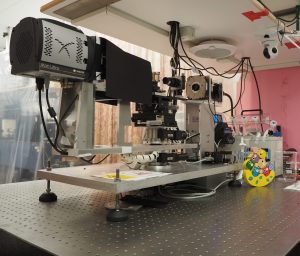 The first-place winners, Gilad Rosenblatt and Boris Simkhovich, developed LightCode – an innovative technology that accelerates drug discovery by identifying the potential of small molecules to be used in new drugs. Developing a new drug takes about a decade and requires an investment of billions of dollars. Despite this, about 90% of the drugs that reach clinical development stages “fall” on the way to the market. The high failure rates lead to a low return on investment and drive the very high prices of new drugs.

The majority of drugs are based on small molecules that bind to proteins in the body. Therefore, one of the major challenges in drug development is the identification of molecules that will desirably bind to those proteins. The problem is that the number of potential molecules is greater than the number of stars in the sky, so to find a suitable molecule sometimes requires screening about a million molecules.

In recent years, a new approach to drug discovery has been emerging, and it is based on fragments – very small molecules that serve as chemical building blocks that make up the drug molecule. This approach holds that the right choice of fragments will allow the creation of a drug molecule with higher success rates while cutting development costs and time. Thus emerged the need to characterize those fragments and identify their potential to bind to the target protein. However, because fragments are very small, their molecular binding interactions with the protein are weak and hard to detect.

The development of Rosenblatt and Simkhovich is based on the discoveries of unique light waves occurring in nanostructures. The discovery, made as part of Rosenblatt’s doctoral dissertation, matured into a prototype system through collaboration between the two. Following an initial proof of feasibility, they received financial assistance from the Israeli Innovation Authority for the purpose of building the system and transformed the fundamental science achievements into a viable technology.

Both are “full” Technion graduates. Simkhovich completed a bachelor’s and master’s degree in physics at the Technion, after which he worked in the semiconductor industry, and a doctorate in nanotechnology under the supervision of Professor Guy Bartel.

Rosenblatt completed a triple bachelor’s degree – electrical engineering, physics, and mathematics – and master’s and doctoral degrees in the Andrew and Erna Viterbi Faculty of Electrical Engineering under the supervision of Professor Meir Orenstein. The two met during their doctorates, after which they began working together in Prof. Orenstein’s research group and published an article in the prestigious journal Physical Review X.

“The Technion shaped my professional and intellectual life,” said Rosenblatt, “and the connection with Boris was excellent both professionally and personally – for example in mountain climbing together. We have come a long way together and learned that new things can be created from arguments and disagreements.”

According to Simkhovich, “The BizTEC program suited us really well during this period, when we were already in the midst of proving practical feasibility. The program has advanced us a lot and provided us with very important tools that help us translate the development into a business platform.”

Rosenblatt noted that, “Ohad Yaniv’s dedication and commitment to the event, and to the program in general, were above and beyond, and this is evident in the success of the program.”