Researchers at Technion and the Hebrew University have developed an innovative technology for early detection of suicidal tendencies. Published in Scientific Reports, the technology is based on automatic text analysis of social network content 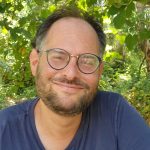 Suicide is a significant cause of death in Israel and around the world, with approximately one million suicides worldwide annually, of which about 500 occur in Israel. Although it is not a leading cause of death among the general population, it is the number one cause for young people under the age of 24.

Social, psychological, and psychiatric help are effective tools in preventing suicides, but are only applied in cases where the problem has been diagnosed and the person is receiving treatment. As a result, it is important to recognize suicidal tendencies in the general population. This is an extremely complex challenge since medical information related to mental health is protected by confidentiality protocols, and many at-risk people do not seek help.

In the last 50 years, a great deal of research has been devoted to developing models for early detection of people at a real risk of committing suicide. The problem is that until now these models were based on traditional statistical methods and provided predictions that were about as accurate as chance-level predictions.

A new study by researchers from Technion and Hebrew University portends a breakthrough in this field. Published in Scientific Reports, a Nature Publishing Group journal, the research was carried out by Technion scientists Professor  Roi Reichart, who is an expert in natural language processing, Ph.D.student Refael Tikochinski (computational psychology), and postdoctoral researcher Dr. Yaakov Ophir (clinical psychology, a joint appointment with the Hebrew University) and, along with Hebrew University scientists Professor Christa Asterhan (Educational Psychology) and Dr. Itay Sisso (cognition and Big Data). 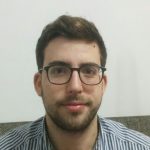 The tools developed by the group enable early detection of at-risk populations within the overall population so that the detection is not limited to people already being treated for mental health issues.

The system combines machine learning and natural language processing with theoretical and analytical tools from the realm of psychology and psychiatry and uses layered neural networks.

According to Prof. Reichart, “We now understand that detecting suicidal tendencies cannot depend only on explicit expressions of distress (such as: “I want to die”) or on official medical records such as physiological data from brain scans, psychiatric evaluations, and other data from medical files. Attempts to predict suicide attempts based on demographic, psychological, and medical data have not been particularly successful despite five decades of intensive research. Therefore, we realized that we had to approach the challenge from different directions simultaneously.”

According to Dr. Ophir, the idea for the research was born following the tragic death of David-El Mizrachi, a 16-year-old who committed suicide because he was bullied online and in person. “It quickly became apparent that detecting suicidal tendencies early enough requires interdisciplinary research that includes researchers from different fields. That is how this multi-university and the multi-disciplinary group was formed.” 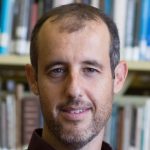 The researchers discovered that people with real suicidal tendencies rarely use explicitly alarming words in their posts (such as “death,” “kill” or “suicide”). More often, they use negative descriptive words (”bad,” “worst”), curse words (“f***ing,” “b**ch”), expressions of emotional distress (“sad,” “hurt,” “cry,” “mad”), and descriptions of negative physiological states (“sick,” “pain,” “surgery,” “hospital”). People who do not have suicidal tendencies tend to express more positive emotions and experiences, and more references to religion and positive outlooks on life – a correlation that matches many studies that identified these factors as representing immunity to mental and emotional distress.

Altogether, the researchers analyzed more than 80,000 Facebook posts written by adults in the U.S., comparing their language usage patterns with their scores on a wide range of valid psychological indices. “The power of the natural language processing-based algorithm lies in its ability to analyze enormous quantities of linguistic clues – something that humans are not able to do,” explained Refael Tikochinski. “In this project, we integrated cutting-edge attention-based neural network modeling for text representation, with layered neural networks for classification.” 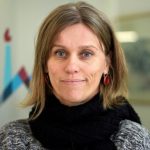 Prof. Asterhan added that: “This research has very important applications for identifying people in distress and providing help on time. Furthermore, it demonstrates the strength of intensive multidisciplinary collaboration and of combining advanced knowledge from the social sciences and data sciences. On the one hand, using advanced computational techniques has opened up new research opportunities in the social sciences that were hitherto not possible. On the other hand, the substantial improvement in precision rates was obtained when psychopathological knowledge and data was embedded in the computational models.”

“I have a problem with clichés,” concluded Dr. Ophir, “but in this case I believe that, at the end of the day, the breakthrough we achieved is capable of saving lives. I hope that this research is a harbinger of hope in the field of mental health.”